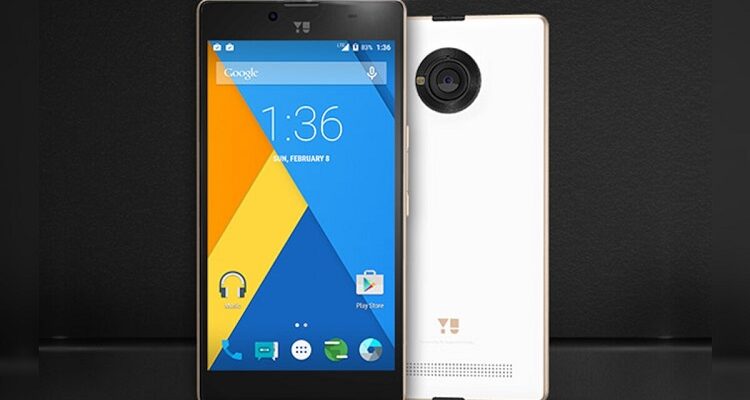 Yureka smartphone from Yu Televentures, a subsidiary of Micromax had a great success in the market. Now, the homegrown company is again ready to conduct the flash sales of their second smartphone from Yu series. The new Yu Yuphoria will be exclusively available on Amazon on May 28 from 2pm. The price of Yuphoria is only Rs.6,999. The Yuphoria runs Android 5.0 Lollipop-based Cyanogen OS 12. The smartphone is not only affordable but also holds quite good sets of specifications.

Yu Yuphoria is by a 1.2GHz quad-core Qualcomm Snapdragon 410 (MSM8916) processor and coupled with 2GB of RAM, Adreno 306 GPU. At just Rs.6,999, you also get 16GB internal memory which is really a cool feature. It sports 8MP rear camera with LED flash and 5MP front-facing camera. It packs 2230mAH battery. If 16GB in-built memory and powerful hardware specs weren’t enough for you then here is one more feature that will surely convince you to buy it on May 28! Yu Yuphoria supports 4G.

Micromax has been known for their awesome marketing tactics. Providing high-end features in their new Yu series will surely give a new success to Micromax in coming months. However, you can witness the direct impact on the first flash sale of Yu Yuphoria which will be held on Amazon on May 28 from 2pm.

Yu Yuphoria has got a premium design. However, the meal frame has made it a little bulky. Users who are using Yureka smartphone found few issues specially when CyanogenMod 12 OS was rolled out. It is expected that before releasing a new smartphone in Yu series, the company has cleared all those problems that came up before.

The price of Yu Yuphoria is Rs.6,999. It will be available on Amazon in Buffed Steel and Champagne Gold colors. Stay tuned for the related reviews.