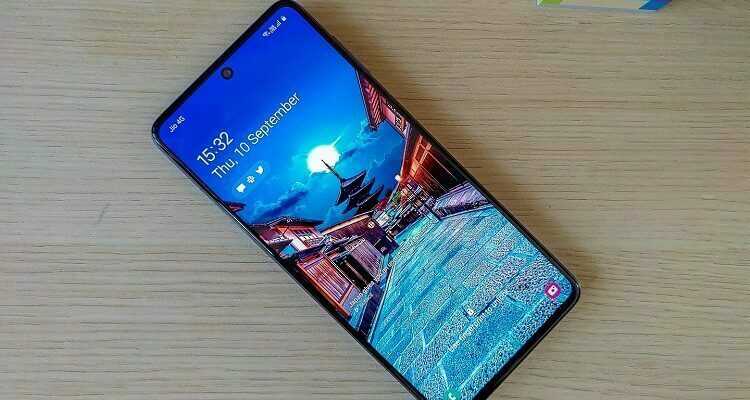 Many smartphones are available in the market with a price tag below 25000. But not everyone knows the right way to buy the perfect and suitable smartphone for themselves. Reason is quite simple because today’s market is cluttered with so many smartphones with almost similar specifications or features. It’s difficult to find the correct and appropriate smartphone especially when so many similar options are available. You may find some smatphones from brands and from local manufacturers. However, today’s competition couldn’t really identify the difference between the two. Manufacturers like Micromax, Xolo, Lava provide quite good set of specs at an affordable price and have exceptional marketing tactics to indulge more and more customers. But what about those users who don’t want to compromise. For them, we have listed smartphones that come under the range of 25000. But before spending your hard earned money, here’s a tip for first time smartphone buyers, go for the smartphone that can do more than sufficient for you in terms of performance. Choose the smartphone that promises latest software updates and has a known name into the market. It’s better to rely on smartphone that has been used and loved by many smartphone freaks and tech experts.

Best Android phones below 25000 in India

We have compiled the list of top 5 smartphones under 25000 from Google, HTC, Samsung, Motorola and Sony. For now, let’s dig out the reasons for selecting these 5 smartphones. The smartphones we have selected are the best selling smartphones and have become favorites of large amount of users. It is to be noted that we haven’t specifically included smartphones from 2015, rather we have assembled the list according to the user reviews. Many users raise their questions as what is the best smartphone for them under 25000? or which smartphone has maximum sales? Such questions are triggered by many users. Of course, before spending a hefty amount everyone wants to confirm that what could be the best option for them. And, for the same reason we have selected top best 5 Android smartphone under 25k in India to let you help choosing the right smartphone.

LG Google Nexus 5 – The smartphone launched in October 2013 has become the best selling and favorite smartphone for every user who was looking to buy smartphone under 25K. It was the first ever smartphone to arrive in 2013 with decent specifications yet at a mid-ranged price. The smartphone is available on all the leading ecommerce sites at below 25k. The smartphone has 5-inch full HD IPS display with 1080×1920 pixels resolution. The screen is protected by Gorilla Glass Protection 3 that makes the screen sturdy and protects from daily wear and tear. Google Nexus 5 is powered by quad core Snapdragon 800 processor clocked at 2.26GHz and coupled with 2GB RAM. The high-end hardware specs make it the high performance based smartphone. The smartphone now comes with the latest Android 5.0 Lollipop OS. The smooth OS and hardware specs make it an exceptional smartphone under 25000. The smartphone has 16GB internal memory that can’t be expanded further. If you’re searching for any downside then lack of expandable memory option could be one visible drawback of this smartphone. However, if you’re worried about the performance then you don’t need to worry as Nexus 5 is robust and provides seamless multi-tasking environment. Google Nexus 5 (16GB) can be bought from Snapdeal at Rs,22,000 only.

Samsung Galaxy Note 3 Neo (SM-N750) – Talking about android smartphones below 25k but not sharing a device from Samsung then you’re really missing a big bite. The smartphone was launched in January 2014 and still holds the best place among other smartphones that are launched in 2015. Not just this, the smartphone comes with large battery life of 3100mAH (comparing from the smartphones of this list). The smartphone holds 5.5-inch HD super AMOLED display. It is powered by 1.7GHz Hexa core Exynos 5260 processor and coupled with 2GB RAM. The smartphones comes with 16GB internal memory that can be expanded up to 64GB using microSD card. It has 8MP rear camera with LED flash and 2MP front-facing camera. It runs on Android 4.3 Jellybean OS and Touchwiz UI on the top of it. It includes with NFC and basic connectivity options. It can be bought from Snapdeal at Rs.19,499. You will find the positive reviews for galaxy Note 3 Neo on Snapdeal. Users are flattered by its design and fast performance.

HTC Desire 820 – Now, here comes a smartphone with beauty. HTC has launched a beautiful device under 25000 range. HTC has incorporated Snapdragon’s octa core processor into Desire 820 rather than quad core processor. HTC has added all the necessary things that a high-end smartphone should have. But still the smartphone has an overheating problem. However, if you’re not a gamer or game freak then you will love to spend your hard earned money on the beauty. We are actually talking about heavy games. If you do small tasks with your smartphones like surfing internet, whatsapp and playing games like Candy Crush and Subway surfers then you should give this smartphone a try. Also, if you prefer design over any other point then HTC Desire 820 is truly meant for you. The smartphone is build using plastic but it doesn’t cheap at all. It’s slim and easy to grab.

We have learnt mixed reviews of users. For some users battery problem has come out as the major problem. But again, if you like to stick with a brand name and you’re the beholder of beauty then you should not miss Desire 820. Today, almost every smartphone suffers from overheating problem. Reason is quite simple, we have to spend extra bucks for the best service. Specs are listed here – 5.5-inch HD display. Powered by Snapdragon octa core processor clocked at 1.5GHz with 2GB RAM. Runs on Android 4.4.2 Kitkat OS. 13MP/8MP camera specs. 16GB internal memory expandable up to 128GB using microSD card. 2600mAH battery.

Sony Xperia Z1 – How can we miss a smartphone from Sony! The smartphone was announced in September 2013 actually made available into the market in October 2013. Smartphones from Sony are known for their build quality and camera specs. Sony releases mid-range smartphones every year. Xperia Z1 is one such smartphone to be bought under 25000 INR. Let’s talk about its specifications first, it comes with 5-inch full HD Triluminos display with in-built BRAVIA technology. It is powered by 2.2Ghz quad core Snapdragon 800 processor and coupled with 2GB RAM. It runs on Android 4.2 Jellybean OS. The 16GB internal memory can be expanded to only 64GB unlike Nexus 5 and Neo 3 that offers an expansion up to 128GB. It has 20.7MP rear camera and 2MP front-facing camera. It comes with in-built apps like HDR, Motion detection, 3x Clear image zoom, Timeshift burst, AR effect, Social live and Steady shot It packs 3000mAH battery. NFC, 3G, Wi-Fi, Bluetooth 4.0. It is waterproof and dustproof, and has an IP rating of IP55 and IP58.

Users who are using Xperia Z1 find it best android phone under Rs.25000. They are flattered by the smooth and fast performance; decent UI and battery back up. The only drawback we could find is that it’s bulky. Interestingly, Sony has just rolled out the latest Android 5.0 Lollipop update to its all Z-series. Buy it from here. Read more about its features from official page.

Samsung Galaxy A5 – Coming to the latest releases, we have with us Galaxy A5 from the Korean company Samsung. The smartphone is one of the latest masterpiece from Samsung under Rs.25000. It has a full metal body design. Galaxy A5 holds a mid ranged price of Rs.22,122 but its metal framed design makes it a pricier smartphone. It comes fast 4G connectivity. The smartphone features 5-inch super AMOLED HD (720×1280 pixels) resolution. The display is also protected by Gorilla Glass 4 protection. It runs on Android 4.4 Kitkat OS. The built-in 16GB storage can be expanded up to 64GB using microSD card. It is powered by 1.2GHz quad core processor with 2GB RAM. It has 13MP rear camera with LED flash and 5MP front-facing camera. The smartphone can also play heavy games like modern combat and asphalt, heats a little but don’t create any major issue. The battery is only 2300mAH. If you want to consider something after Nexus 5 then you must go for Galaxy A5. We didn’t find any complaint from the users who are using it. Buy from Snapdeal at just Rs.22,122.

Some of the devices listed here were actually made available in previous years. We wanted to curate the best android smartphones regardless of when they were actually launched.

Asus Zenfone 2 – A new smartphone arrived just when we were writing about top 5 smartphones under 25000. Asus Zenfone 2 ZE551ML is the world’s first 4GB powered smartphone that has just launched in India at mid-range prices for various storage variants 16GB/32GB and 64GB. Asus has actually launched model ZE551ML in 2GB and 4GB RAM formats. The 4GB RAM format is powered by 64-bit 2.3GHz quad-core Intel Atom Z3580 processor. It sports 5.5-inch Full HD (1920×1080) IPS display protected by Corning’s Gorilla Glass 3 protection. Asus Zenfone 2 4GB variant has everything what a tech freak demands for. It packs 3000mAH battery. So you can imagine the power of Asus Zenfone 2; a strong hardware built is accompanied by latest software and that too powered by long lasting battery life. Read more about Asus Zenfone 2 4GB variant from company’s official site. The price of 4GB 64 GB Zenfone 2 variant is Rs.22,999 in India, where as 4GB 32GB variant will cost you around 19,999 INR.