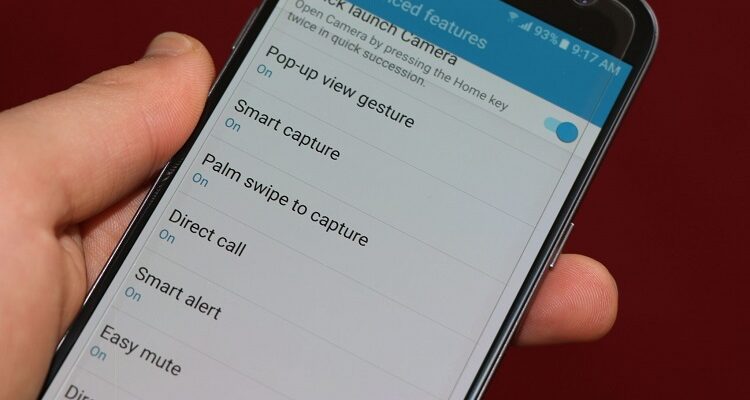 Samsung Galaxy S5 is again in rumors through its new leaked specification – Head & Gesture controls! By that means, we meant now you can control your smartphone Galaxy S5 with your head and few gesture controls like winks or simply a nod. Samsung Galaxy S5 has already attained so many eyes over it through continuous hearsay and this time its is even more spicier than before! Though, you may have found a similar concept in Galaxy S4 where smart pause and play were the virtue of the smartphone. A pause gets activate automatically when you put your face away from the running video and play when you again watch the video. But this phenomena takes a further step ahead by making you a true master of your smartphone.

According to Samsung’s new patent which was registered in June, previous year though, will now be workable for several new flagships of Samsung. This has come into account from European Patent Application, that Samsung is working for head and gesture control techniques. This patent shows head and eye tracking details, how are they captured from front facing camera. Now, you are a true master of your phone! You will just wink your eye, and phone will get open! but hold on! this needs a confirmation through a kink! Is it a good idea? Are we really in a technology world already, where things get executed with a wink of an eye? or a nod. Well, this remembers me Krrish 3 movie :D, where Kaal used to do magic through his fingers. Jokes apart! Also, you can now turn pages by just giving it a nod! Let’s explore this patent more clearly. (image taken from galaxyclub.nl)

The above image shows, how camera has been divided into several units. Each unit access actions of the user peculiarly and do things accordingly. However, this has been explained as – a UI method of controlling an operation of a portable electronic device accordion thing to motions (eg, a nod, a face direction, user’s eyes, and the like).

You can get more Specifications of Samsung Galaxy S5.

This is not completely workable through your nods and winks, it needs some confirmation too! After recognizing user’s action, smartphone or we better call it an interface will ask for certain post confirmation that depicts – action is understood, are you confirmed? Well, we have to see, whether head and gesture controls are going to be implemented on Samsung Galaxy S5 or not?