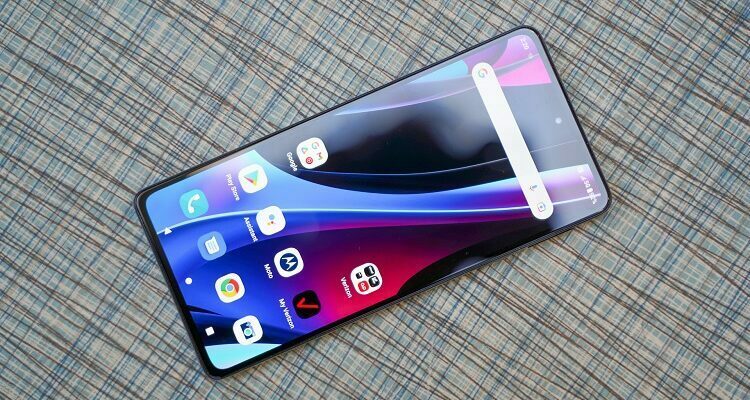 Best battery life phones are hard to find in the competition of smartphones that comes with extensive and high end features. We have collected Top 8 smartphones with long battery life, that starts from 3,000mAH power for the year 2013 & 2014. We have also kept our eyes on prices of these long battery life smartphones, so that you may not find any difficulty while buying them. No doubt, every one seeks for the features and specifications first. If the smartphone is not adorned with good features, no one will going to buy such smartphones. But you can avail apps, features of any smartphone only if it will let you to do so. You can enjoy your smartphone, if it allows a longer battery life! Isn’t it? For instance, you are enjoying your game and suddenly the battery drains, your mind sucks! Then you have to blame your beloved smartphone. Longer the battery power longer would be the back up! So, whenever you are buying a new smartphone, seek for a longer battery life smartphone. It would be an added advantage if you can also get a luck with good RAM and processor.

We crave for extremely long battery life smartphones that can stays for at least one day. There are some smartphones even that lasts longer for 2 days even. So, get ready to do endless whole day chats, be online for maximum number of hours. Today, Smartphones with exclusive features don’t have much battery life. No matter how the RAM size is increasing in every latest smartphone. But still, having a longer and best battery life is somewhat an additional feature to love smartphones. Increased in RAM size behaves as a catalyst that provides incredible speed and performance, that saves battery life. So, there is an advantage always when you buy a smartphone with good RAM size.

Micromax Canvas A77 Juice – Here comes the first smartphone in the list of longest battery life mobiles. Canvas Juice has just been released in India with a price tag of Rs. 7,999. The smartphone offers 3,000mAh battery power that stays for whole day. It can deliver up to 10 hours of talktime and up to 282 hours of standby time. Micromax Canvas A77 Juice is the latest smartphone with long battery life to buy in November 2013 with such a lowest price. It runs on 4.2 Jellybean Android OS. 5 MP camera. Dual SIM capability. 5-inch FWVGA display with 480×854 pixels resolution. 4GB in-built storage, expandable up to 32 GB. Dual-core 1.3GHz MediaTek 6572 processor. 1GB of RAM. Truly, Micromax has launched great smartphone with best battery life feature. RAM size, OS and processor are just making this smartphone adorable to buy. We recommend you to go for it! Longer and powerful battery life is what making it superior among other smartphones.

Samsung Galaxy Note 2 – When we plan to buy a smartphone, the name of the company that comes first is Samsung! Samsung Galaxy Note 2 offers 3,100 mAH battery power. It offers 5.5 inch Super AMOLED touchscreen, runs on 4.1 Jellybean Android OS. 1.6 GHz quad-core processor. 2 GB RAM. 8MP camera with autofocus and LED flash. The price of Samsung Galaxy Note 2 is Rs. 28,799. This is an ongoing price. we are not recommending any expensive smartphones. We think this is the best battery life smartphone to buy in 2013 with such exclusive features.

Gionee Elife E6 Mini – The smartphone with long battery life has launched in China. The expected price of this smartphone in India is 15,000 INR. It offers 3,000mAh battery power which is said to be the best battery life. Internal memory is 16 GB. It offers 4.5 inch 720p HD display. 1.5 GHz Quad- core processor. Runs on 4.2 Android Jellybean OS. 8 MP primary camera and 2MP secondary camera. We are waiting for its arrival in India. (We are not confirmed for this smartphone). Connectivity features include 3G, WiFi, Bluetooth and GPS are available.

Huawei Ascend D2 – Here comes another Chinese gadget maker company Huawei. Huawei is recently in much news due to octa core processor technology that will be coming in New year as Huawei Glory 4. (see list of upcoming smartphones 2014). Huawei Ascend D2 offers 3000mAH battery power thus making its own position in the list of best battery life smartphones for the year 2013. It runs on 4.1 Jellybean Android OS. Quad core 1.5 GHz processorn13 MP primary camera. Features like LED flash, auto focus, face detection and digital zoom etc are equipped within this smartphone. It has 32 GB internal memory which can not be expanded further. 5-inch display screen.

Huawei Ascend Mate – It offers 4050 mAh, 216 hours of standby time. This is the maximum battery life smartphone (of 2013) with such an affordable price that runs on Android OS, v4.1 (Jelly Bean). It offers 6.1 inch display screen. 2GB RAM. The price of Huawei Ascend Mate is Rs. 24,750. 1.5 GHz quad core processor that helps in speeding up the functions. 3G, WiFi, EDGE and GPRS. Capable of digital zoom, LED flash and auto focus. It also includes include A-GPS, document viewer and social networking apps.

Next list will cover the smartphones that are launched in 2014 with enormous high battery life. Also, must look other 2014 smartphones.

Gionee Gpad 4 – This is another smartphone with battery above 3000mAH. This is the first smartphone of 2014 with massive and long battery life. Gionee Gpad 4 is a large screen smartphone that holds 5.7 inch size with 1280 x 720 pixels HD resolution. It is powered by quad-core MediaTek 6589T processor clocked at 1.5GHz coupled with 1 GB RAM. It has got 13MP rear camera with LED flash and 5MP front facing camera. It has 16GB internal memory. Gionee Gpad 4 hit India in January, 2014. Connectivity options 3G, WiFi 802.11 b/g/n, Bluetooth, GPS/A-GPS.

Gionee M2 Phablet – This is the low cost smartphone with extremely long battery life. It offers 4200mAH. It is powered by Quad Core processor (MT6582 chipset) clocked at 1.3GHz coupled with 1 GB RAM. It has 5-inch display with FWVGA 480 X 854 pixel resolution. It offers 8MP rear camera and 1.3MP front facing camera. It runs on Android 4.2 Jellybean OS. It has 4GB internal memory that can be expanded via microSD card. Till now, Gionee M2 phablet holds maximum battery capacity from other smartphones. The price is also affordable – Rs.11,123.

Micromax Canvas Power A96 – This smartphone has just arrived with 4000mAH battery capacity. This is Micromax’s first longest battery life smartphone launched in 2014. It is powered by 1.3 GHz quad core processor with MT6582 chispet assisted by Mali 400 GPU. Micromax Canvas Power runs Android 4.2 Jellybean OS. It flaunts with 5-inch screen. It offers 5MP rear and front facing VGA camera. The internal memory is expandable upto 32 GB. The phone is however not official yet. But you will see its availability in coming weeks.

Micromax A350 aka Canvas 5 – This is company’s first octa core smartphone launched in 2014 with 3000mAH battery capacity. It is powered by 1.7GHz Octa Core Processor, MediaTek MT6592 chipset. It runs on 4.2 Android Jellybean OS. It offers 16 MP rear and 5 MP front facing camera. It comes with 16 GB internal memory that can be expanded to 32 GB via microSD card. With longer battery life, the phone is coupled with 2 GB RAM. It is ready to give you an effortless experience. You won’t going to find any lags through this smartphone. The price of Canvas 5 is Rs. 22,000 only.

LG G Pro 2 – This is the smartphone from LG launched in 2014 that gives you enormous battery life of 3200mAH. LG G Pro 2 is latest release that can do 4K recording. This is a large phablet with 5.9-inches IPS display. It is powered by Snapdragon 800 Qaud core processor. It runs on 4.4 Kitkat OS. With enormous battery, the smartphone also offers 3GB RAM; this is another jaw dropping quality of LG G Pro 2. It offers 32GB internal memory that can be expanded via microSD card. It offers 13MP rear and 2.1 MP front facing camera. The phone also offers a Knock Code security feature through which user can unlock their phone without looking at the smartphone. We just had the teaser of it, however, the phone is going to launch in MWC 2014.

There are many other smartphones with large battery life launched in the year 2014. Xolo Q1000s Plus with 5-inch full HD display, quad core processor, runs on Android 4.4 Kitkat OS. It has 3000mAH battery. Other smartphones iberry Auxus Nuclea N2 smartphone with 5.7-inch screen offers 3500mAH battery capacity, it was launched back in January 2014. But it runs on Android Jellybean OS, however the smartphone may get the update soon. It has got high-end features at Rs.23,990.

Let’s welcome the smartphone from Lenovo with monster battery of 4000mAH capacity. The smartphone Vibe Z2 Pro is recently launched in India at Rs.32,999. It is powered by 2.5GHz quad core processor with 3GB RAM. It has 32GB internal memory which is non-expandable. It comes with NFC, 3G, GPS support. It runs on Android 4.4 Kitkat OS. It has 16MP rear camera with LED flash and OIS technology. The phone features 6-inch large 2KHD display.

So select your smartphone with best battery life from above list. Do send your queries with the help of comments below. Please do tell us, if you have any other smartphone to add into the list of Long battery life smartphones.