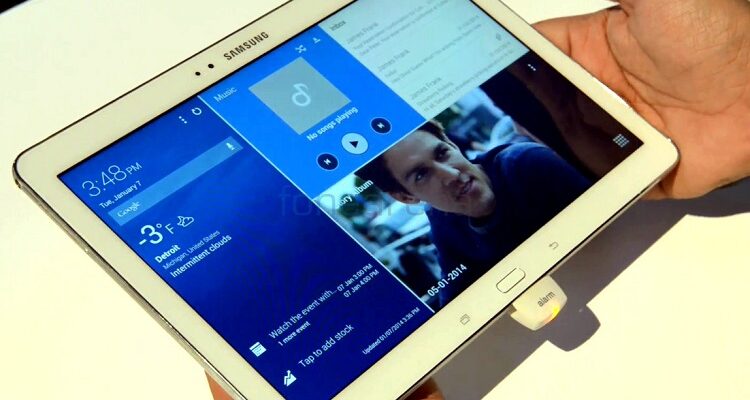 Companies are showcasing their products ahead of the scheduled event CES 2014. Engadget first spotted Samsung’s Galaxy Tab Pro in two variants 8.4 and 10.1 inches in a large advertisement at the South Hall of Las Vegas Convention Centre. The alleged ad shows the stylus and SIM card supported by Galaxy Note Pro, however nothing else we could guess. The ad depicted 12.2 Note Pro, you can also see a line about “Tab Pro also available…” below Galaxy Note Pro advertisement.

Seems like these two Tab Pro variants will going to launched with 12.2 Note Pro, which was released in a couple of days before and spotted at benchmarking site. Apart from the screen size which is 12.2 of course, it offers 2560×1600 pixels resolution and a 16:10 aspect ratio. You can see more and detailed specifications from here – Specifications of 12.2 inch Note Pro. There are much speculations towards Samsung’s Galaxy trio – Note and two Tabs.