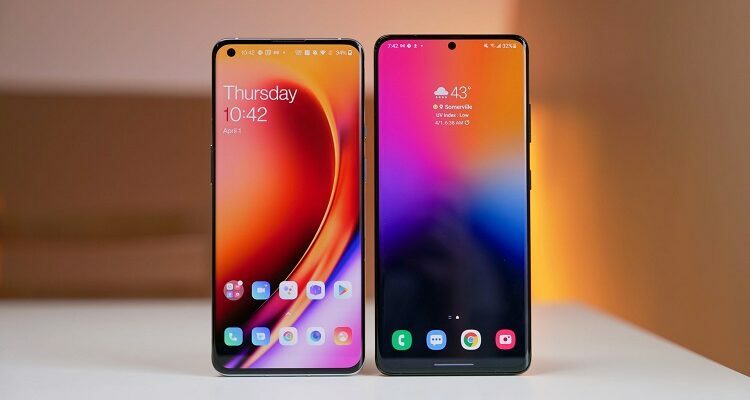 Android phones from China are the best option when you are looking something in your budget. We have enlisted here best phones from Chinese brands in 2014. Today, Chinese smartphones are manufactured with same ease of development and ideas as we used to see in other high-end smartphones. The only image today Chinese smartphones are holding is copying the big brands. But it’s not true anymore. Chinese companies like Huawei, Lenovo, Oppo and many others are manufacturing android phones with unique and jaw-dropping features. They have even introduced such features that were not available in any other smartphone before. Oppo N1 made its stupendous entry through swivel like 13 MP camera (rotational), you can use it like front facing and rear camera. Thus, android phones from China have made their position strong in the market. People are not afraid of buying chinese smartphones anymore.

Best Phones to Buy from China in 2014

First of all, just eradicate this myth from your mind that Chinese smartphones can’t fulfill the things you want. No doubt, till now you might have seen many clones. But this is only one sided truth of android phones of China. Gone are the days, when chinese smartphones used to be an option over expensive smartphones. Rather, these phones are now best known for the quality and uniqueness. Smartphones from China are in demand today and this has become possible only because of their strong impression on market. Let’s head to the list of top 7 Best phones from China.

Lenovo S650 – The very first smartphone from Chinese brand is Lenovo S650. Although, the name is enough. Lenovo company is best known for range of Laptops. The company has just acquired the big venture Motorola. Lenovo S650 has got a 3D textured design. It is less prone to scratches and fingerprints. It’s really slim, sleek and weighs only 126g. It features 4.7 inch qHD Capacitive Touchscreen with 960 x 540 resolution. It is powered by 1.3GHz quad core processor coupled with 1 GB RAM. It’s a dual SIM android phone. It has 8MP rear camera with LED flash and .3 MP front facing camera. Panoramic scene, HDR, intelligent smile correction, multiple angle view and self-timer options are some of the camera features included in S650 model. Storage capacity is also massive; 8GB in-built storage can be expanded up to 32 GB via microSD card. Preloaded applications are Lenovo Safe and Sync, Evernote, Accuweather. The price of Lenovo S650 is Rs.22,600 in India. We think, Lenovo S650 is the best android phone in the league of Chinese brands of 2014. Also, it’s best suitable in mid-ranged smartphones.

Lenovo P780 – The phone is better known for massive battery capacity. It offers 4,000mAH battery life. It’s also a dual SIM phone running on Android 4.2.1 Jellybean OS. Lenovo P780 features 5-inch full HD screen with 1280×720 pixel resolution. It is powered by 1.2GHz quad core processor with 1 GB RAM. The price of this phone is really less as compared to S650. Lenovo P780 costs on Rs.16,862. It has 8 MP rear camera. 3G, Wi-Fi, Bluetoth are some of the connectivity options it offers. In-built storage of 4 GB can be expanded to 32 GB via microSD card. The phone can be a best option if you’re looking for affordable android chinese smartphone. Lenovo is a reliable name in the field of so many smartphones, you can buy them because of its unique virtues. If you’re looking for smartphone that possess heavy battery then read this list.

Bonus – Quad core smartphones are the newest trend of the market. But if you’re looking for chinese smartphones powered by dual core processor then Lenovo P770 could be an obvious option for you.

THL T100S – This is the latest and best selling android phone from Chinese brand in March 2014. It is powered by 1.7GHz quad core processor with MediaTek’s latest MT6592 chipset. It flaunts with 5-inch screen with full HD resolution (1920×1080 pixels). It gives you 2 GB RAM. This is awesome! It has 13 MP rear and front facing camera. Images taken by the camera are really crisp and clear. The built-in memory 32 GB is huge enough.It offers dual SIM support. The phone has got much appreciations and is even the best selling phone even in China. The design is also captivating and stylish to hold. Zopo P998 – It was the first smartphone with MT6592 chipset launched in china, and the success was a boom! Lots of customers pre-ordered this smartphone and are quite happy with the service it offered. Again, it’s a large sized chinese smartphone with 5.5 inch screen and 1920×1080 pixels resolution. It flaunts with 14 MP rear camera with f2.0 aperture. It has 2 GB RAM. Multi-tasking is not a dream when the smartphone is powered by Mediatek’s latest MT6592 chipset coupled with 2 GB RAM. Zopo P998 is pre-ordered for $329.99. However many online shops are offering great discount offers on chinese smartphones. You can check them below.

TCL Idol X+ – This is the latest smartphone launched in 2014 from Chinese Brand TCL. The phone also gets and android wearable wristwatch as its companion. Th watch can be used to monitor exercise, sleep and other health related tasks. It is powered with 2.0GHz octa core processor with Meditek MT6592 chipset. It features 5-inch large screen with 1920×1080 pixel resolution full HD display. It has 2 GB RAM. It flaunts with 13 MP rear camera. The phone will be available from later this year. It is officially priced at 1999 Yuan. International pricing is yet to be announced by later this month. The battery is quite satisfying 2500mAH. Although, fast processor and huge RAM not going to lag your smartphone anyway.

Huawei Honor 3X – The phone took many eyes on itself by revealing a budget friendly price. It features 5inch screen with 720p display resolution. It is powered by 1.7GHz octa core processor with the latest chipset. It has 2 GB RAM. It offers 13 MP rear camera. It will cost around $280 only. We think Huawei is the best Chinese brand option to buy that offers optimum & best specifications for such a low price. It’s also a dual SIM chinese smartphone.

Gionee Elife E7 – You all are familiar with the name. The phone is the best chinese smartphone with maximum sales & awesome features. This is one of the best selling android phone from china. After its successful launch, Elife launched the mini version of Elife E7 which was also got a smashing success! The design is really sleek and slim. It’s a 5.5 inch phablet with 1080p full HD display. It comes with a custom Android-based UI called Amigo. It is powered by Qualcomm’s Snapdragon 800 chipset coupled with 2 GB RAM. The phone is coming with 2 variants based on internal storage. 16 GB (2 GB RAM) and 32 GB (3 GB RAM) that supports 4G LTE.

We have enlisted here top 7 best android phones from China. However, Elife E7 Mini, Lenovo Vibe X, THLT200 and Lenovo’s newest S series smartphones are some of options to add in this list.

Flosmall.com is the leading name to shop online chinese handsets and related gadgets. The company is offering great discount offers on all these smartphones listed above. If you want to buy any chinese smartphone then do consider this name. The online shopping website is also offering best deals and prices for smartphone’s accessories. Must look for Special offers, Group buying offers on Flosmall.com. For example Zopo P998 can be bought from Flosmall.com for only $320, however many other online retailers are selling it for $329.99 sale price. The difference is huge and you can’t neglect.

So, readers these were some of the china brand smartphones. Don’t diminish your thinking to cloning only. Look for quality and good ideas equipped into chinese smartphones. We will update the list with upcoming phones. Must buy from above list of android phones from Chinese brand in 2014.