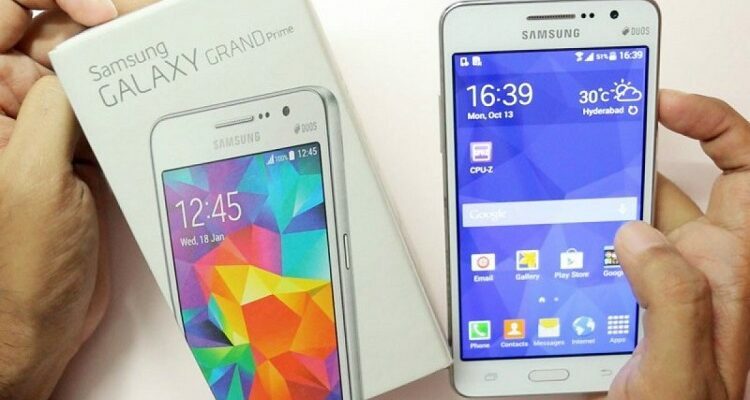 After releasing mini version of Samsung Galaxy S5 on Flipkart, Samsung is all set to step into the world of selfies. Finally, a selfie smartphone from Samsung is coming. Samsung Galaxy Grand Prime is the smartphone of new genre that has undoubtedly broken the trend of 2MP Grands. The phone has been leaked with few specifications and images. Although Samsung mobiles hold great camera quality but since it’s a selfie dedicated smartphone, then we can expect something more than previously available smartphones.

The yet-to-be announced selfie smartphone Samsung Galaxy Grand Prime holds a 8MP rear camera that can also record 1080p full HD videos. The phone will be powered by Snapdragon 400 processor with 1GB RAM. It will run on Android 4.4.4 Kitkat OS. Wait! Does it remind us something from Motorola? Yes it does! The all new Moto G flaunts with the same specs at just Rs.12,999.

Nothing has been said on the pricing details. But we are expecting that Samsung may push the smartphone for around 17K. The smartphone is ready to compete with the recently launched New Moto G (2nd Gen).

HTC is also prepared to launch their selfie dedicated smartphone on October 8, codenamed as Eye. Coming to Windows environment, Microsoft has also launched two selfie-obsessed smartphones Lumia 730 and Lumia 735 at IFA 2014 event held in Berlin. Sony Xperia C3 is also grabbing the huge success through its wide-angled, high resolution front-shooter. Well, we have obscure details of Samsung Galaxy Grand Prime for now, also we didn’t hear any word on the degree of wide-angle of front-shooter.

There is no word on the launch or availability details. The smartphone is expected to hit Vietnam next month. Full-fledged leaked images suggest that it could come in early October.