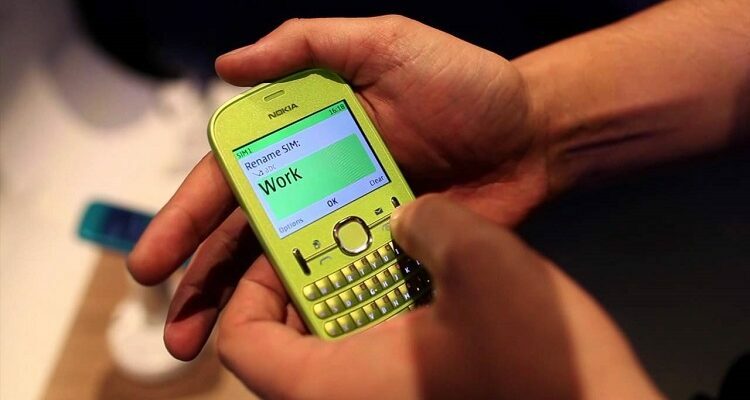 A new dual-SIM Nokia device has been leaked by top tipster @evleaks. This edition is more similar to Nokia Asha devices. But, we hardly expected any new Asha device when Nokia’s first budget Android phone – Normandy is getting so many speculations. evleaks tweeted as “What’s this thing? dual SIM edition”. Nothing more has been shared by the leakster yet. For now, we can make a guess only, that the leaked image is a new member to Asha 5xx family. Also, image reflects much similarities with Asha 501 device. Well, the design looks different. As you can see in the leaked image, “Home” button is somewhat similar to Samsung and square like body hinting to LG VU design. Seems like the device would replace the Google services like Search and Maps with the services equivalent of Microsoft and Nokia (As Bing search engine from Microsoft pointing the fact).

You may remember the single SIM variant of the similar device that was leaked back in November with the similar tweet by evleaks -”What is this thing, Nokia Asha edition” (a hint indeed that is giving concrete proofs to today’s leaked image). Since then, we didn’t hear any existence of that device. So, it’s hard to say anything else for its dual SIM variant for now. Leaked image of single SIM variant Asha device has a connection with India (As bing searches for famous actress Priyanka Chopra).

Also, Normandy was leaked for the first time with this mysterious Nokia Asha device. Seems like Finnish company Nokia got busy in gathering buzz for Normandy since then, as we didn’t see any word for Nokia’s new single SIM variant Asha device.