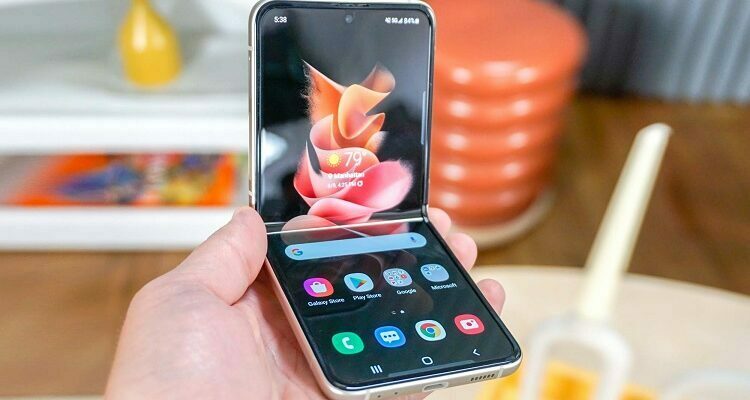 Just after the launch of Samsung Z, we got to know about Samsung’s another mysterious project allegedly called as Samsung F. Well, we heard about this phone back in December. We had a list of Samsung’s upcoming 2014 smartphones and Galaxy F was included in that list. It means Samsung already planned the name and applied all the necessary trademarks. If the rumor is to be believed then Galaxy F would be an iteration to Samsung Galaxy S5 as company is not planning any S6 for now.

Now, the question arise – Was that already decided by the South Korean company that Galaxy F would be a replacement to Galaxy S line? Well, this is really a tiny trace given by an unknown tipster to @evleaks. Another piece of information added to this rumor is – Samsung Galaxy F will be powered by Snapdragon 805 chipset. The phone will have 5.3 inch QHD screen. @evleaks also tweeted that the mentioned information is completely unverified, unconfirmed and substantiated.

Samsung Galaxy F going to be one of the Samsung’s 2014 flagship, nothing else was shared in December. Many other smartphones from Samsung however put this rumored smartphone – Samsung Galaxy F aside. Many other smartphones from Samsung’s lap are still lined-up for their official launch. Samsung Galaxy J that was launched for Taiwan and Japan on December 9 is still waiting to be launched in other countries. Samsung also released a promotional video to reveal cutting-edge details of the phone. The phone was tagged with “Just Elegant”.

Back in January,2014, evleaks tweeted about Samsung S Value giving an information that Samsung has applied for trademark. The handset didn’t get another word since then. It was highly mysterious at that time. If, all goes well, Samsung Galaxy F will be launched at Unpacked Ep. 2 event.

Watch this space for more information on Samsung Galaxy F.