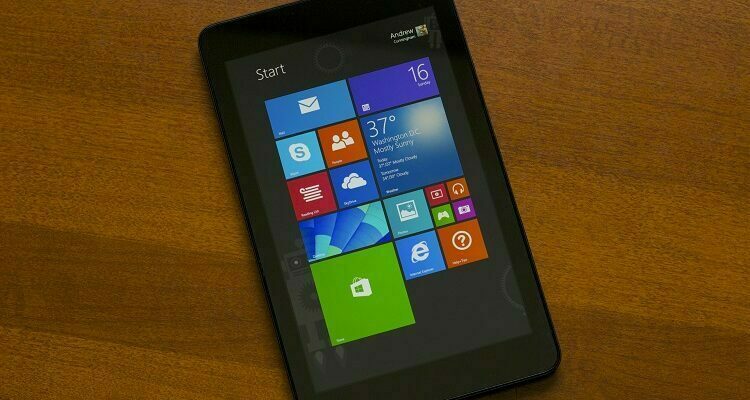 Toshiba Encore 7, an affordable Windows tablet is launched for a price under $200. Microsoft corporate Vice-President, Nick Parker introduced Toshiba Encore 7 tablet at Computex. This is really surprising that Microsoft chose Toshiba over any brand. Microsoft worked closely with Toshiba to unveil budget friendly tablet that runs on Windows 8.1 OS. We expect a seamless experience from Toshiba’s 7-inch Windows tablet as Microsoft is the key in the development. Microsoft’s new strategy to build user friendly products that fits your budget will surely become fruitful in coming years.

Toshiba Encore 7 as the name suggests holds 7-inch screen with 1024×600 pixels resolution. It runs on Windows 8.1 OS. It has 1 GB RAM and 16 GB internal memory. We can’t imagine top of the line specs at such an affordable price. According to some close sources, Microsoft has been working with Toshiba along with AMI, Goodix, and Intel to develop a 7-inch Windows 8.1 tablet. So, if the sources are to be believed then Encore 7 can be powered by 1.3GHz Intel (Bay Trail Atom) Z3735 chipset. Again, if guesses are to be made by keeping price in mind then Encore 7 can possess 2MP rear camera. It could come loaded with some common connectivity options like Wi-Fi, 3.5mm audio Jack, micro USB port and microSD card slot.

Encore 7 can become the best option, if you’re looking for a budget friendly tablet that could run on Microsoft’s latest OS. Recently, Lumia 630 was released that runs on Windows 8.1 Phone OS. It is the first smartphone that considered WP 8.1 OS. For a regular use, Encore 7 tablet could become a best option for those who love Windows OS.