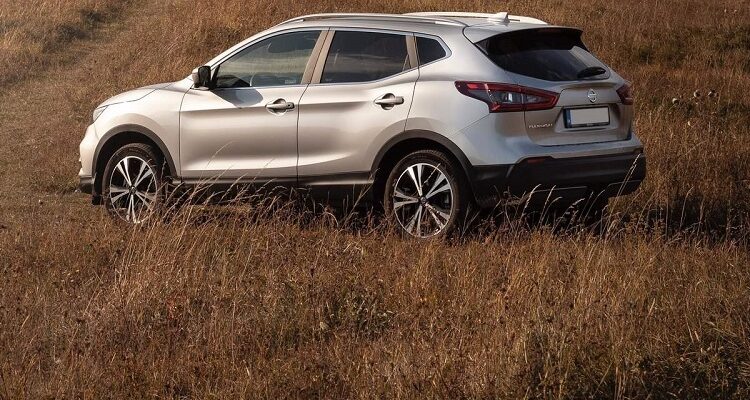 2014 is going to be an exciting year for cars in India, Here is the list of top upcoming cars in India in 2014 below 6 Lacs Budget to 10 Lacs. In year 2014 you can expect some extra ordinary cars in cheapest prices. Here we have listed the best cars in budget price with best specifications which are going to launched sooner or later in the year 2014.

Here have a look at the top upcoming cars in India in 2014 listed with price, expected launch date and specifications [Updated List]::

1. Tata Vista D90 Xtreme – This is the hottest and most discussed Upcoming car in 2014 in India from Tata Motors which will be entering the vista line-up of the Tata Motors. Well, there is no technical specifications disclosed by the company but still the design of the concept car is out. The front of the car have a devilish yellow look and supposed to packed up with 100 odd bhp engine a modified version of 89 bhp 1.3 Quadrajet engine. The interior part of the Tata Vista D90 is kept for suspension and can be packed with some new features. The pedals and gearknob is newly designed and seats are made up of devilish black leather with yellow lines on it. Have a look at the picture of this car below.

Tata Vista D90 Xtreme will be priced under 6 Lacs Rupees and expected to launch at the end of 2014.

2. Mahindra Compact XUV500 – Here is the second most discussed upcoming car for the year 2014 in India, the name of this car says all, yes it is a compact or chopped version of XUV500 which got huge success so Mahindra motors is planning to get a mini version of this vehicle. This will be lighter and cheaper version of XUV500 but with some packed features inside and outside. It will be packed with a 1.5 litre diesel engine with a 1492CC motor engine with 100 BHP max, sounds enough to give it a boosting power moreover its gonna be packed with jump seats on the back which can be one another reason for excitement. Have a look at the concept photo of Mahindra Compact XUV500 :-

Price of Mahindra Compact XUV500 will be between 6 lacs to 7 lacs and going to be launched by end of the year 2014.

3. Maruti XA Alpha – Here is one of the most awaited upcoming car in India which is going to be launched on december 2014. Maruti XA Alpha is already showcased on Auto Expo last time, its a 5 seater with killer design car, it will be packed with petrol and diesel engines. The booking of this car is expected be start on December 2014 or late January 2015. The interior of the car will be innovative and packed with some amazing features. The front of the car have stylish reddish color while the back of the car looks mascular with silver red color. Hopefully, they will keep the good looking big tyres. Heres an image of Maruti XA Alpha :-

Maruti XA Alpha will be priced under 6 Lacs Rupees and is expected to launch on December 2014.

4. Hyundai New i20 : Here is the next generation upcoming Hyundai i20, this car is the successor of Hyundai i10 grand, and it will be bigger and better than Hyundai i10. This car is set to be launched by December 2014. The Petrol engine will be of 1.2 litres developing around 84PS while the diesel engine will be of 1.4 litres developing 90PS. Hyundai i20 is designed to attract urban buyers. Here is an image of Hyundai New i20 :-

Hyundai New i20 is expected to be launched on December 2014 and the bookings will start accordingly and the price will be not more than 6 Lacs Rupees.

5. Renault Sandero : Another handsome upcoming car which is most awaited and discussed and going to be launched on December 2014. The Renault Sandero is going to be introduced by Renault by the end of new year. The design of this car is not surprising but gives it a European Touch inside and outside of car. Now if we talk about engine then it will be packed with a new three cylinder turbo charged 60 bhp petrol engine and 90 bhp dCi diesel engine which seems to be not less than excellent. If you are planning to upgrade your car or just get a new one, it will be worth waiting for this budget price car with muscular looks.

Renault Sandero is set to launch on December 2014 and will be priced under 6 Lacs Rupees.

6. Datsun GO+ : Another exciting good looking five seater car going to be launched on December 2014. It looks quite similar to the Innova designs but its glossy silver chrome design look marks the difference. The back seat can be folded to make more space for your lagguage. Datsun Go Plus looks quite modern and premium inside and outside. No technical specifications is rumored yet. But this will be one of the cheapest cars from the Datsun. Heres an image sporting Datsun GO Plus :

Datsun GO+ will be lanched on December 2014 and bookings will be starting accordingly. The price of this car will be not more than 6 Lacs at all.

7. Honda New Jazz : This is the new version of Honda Jazz set to launch in May 2014 in India . The design of the car is really sleek and sporty, checkout the images of the car to get more on design, Now Lets talk about the engine, It will be packed with a Earth Dreams diesel engine of 1.5 Litres and a petrol engine of 1.2 Litres, Engines of Honda New Jazz will be more versatile and fuel efficient with amazing performance.

Honda New Jazz will be launching on November 2014 with a price tag of 5 Lacs to – 6 Lacs maximum.

8. Tata Mini Aria : Here’s the most exciting upcoming car from Tata Motors with aria based styling under 4 meters and it will be packed with a Multijet motor. Have a look at the image of Tata Mini Aria to get more on design. This car is set to be launched along with other popular cars on December 2014 with a resonable price tag.

Tata Mini Aria will be launched at the end of 2014 on December and expected to be priced between 5 to 7 Lacs Rupees.

This car is expected to be launched on September 2014 with a budget price tag of not more than 7 lacs Rupees.

10. Fiat New Punto : This is another modern and good looking upcoming car lined up for 2014 in India. This is better and bigger than the previous launched Punto by Fiat. To get an idea on how it looks and designed please see the image below. Now lets talk about the engine of Fiat New Punto, it is packed with new two-cylinder 85 bhp TwinAir turbo engine and the interior of the car is quite modern looking with European touch.

Fiat New Punto is set to be launched on February 2014 and will be priced under 5 Lacs to 7 Lacs at max.

Above all cars are lined up for the launch in year 2014 in India only. There are a lot of upcoming cars in India in 2014, but we have listed only top upcoming cars keeping the design, price and technical specifications in mind. If you are willing to upgrade your car or just buy a new one than one of these upcoming cars can be the one.

11. Maruti Swift Sport : Another upcoming sport car from Maruti Motors set to launch in India this November 2014. This car can be packed with Ertiga’s 1.4 l engine and the 1.4 petrol K-series engine which creates 95 PS at 6000 rpm and has max torque of 130 [email protected] rpm. Also it has got a large front grille with big fog lamps and 17 inch steel alloys surrounded with 195/45R17 tyres which adds essential elements to the sporty look of Swift Sport. Exterior Design is stylish and modern and as the name says it looks real sporty but the interior has got nothing exciting, I think now its time for maruti to concentrate on interior as well.

The price of the Maruti Swift Sporty will be not more than 6 to 7 Lacs INR and it is expected to launch this November 2014.

12. Honda Vezel : Here is the bold looker compact SUV called as “Honda Vezel”. The look and the design of this vehicle is quite similar to the Honda CR-V, except few things which marks the difference are side profile which has got a sloping rear roofline provides look a like coupe and the crease on the lower section of the doors which gives prominent kink stretching from mid section of the front doors to the end of the window line, Now if we talk about interiors then it has got nothing special as compared to the Honda CR-V.

The Price of the Honda Vezel is a little higher than the other upcoming vehicles lined up in this article, as it can be priced under 6 to 10 Lacs as an expectation and set to be launched by the end of 2014.

13. Tata Manza CS : This a chopped version of Manza in terms of design, I am expecting there will be nothing new about the engine as it is going to be packed with the same engine which is in current Manza. It is going to be 4 meters long with exciting manza interior look and modern stylish exterior look. Have a look at the image of Tata Manza CS to get the concept.

Tata Manza CS is going to be launched in February 2014 and will be priced under 5 Lacs to 6 Lacs.

These are the current hot lined up upcoming cars for the year 2014. Stay tuned as we will be adding more and more cars on this post.

Note : We keep this post updated for the upcoming cars under a certain price range. It will be really helpful if you suggest cars in the comment section that we forgot to mention.