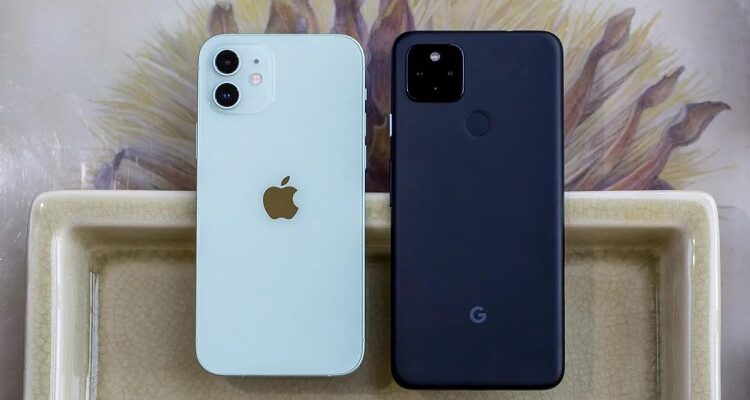 If you are in the market for a new smartphone but don’t know which platform to choose, it is wise to educate yourself. There are several different ways you can go with your next device or your first one if you have never owned a smartphone before. The two most dominant platforms are iOS, which runs on the iPhone, and Android, which offers many different versions of Google’s operating system on a wide variety of smartphones that are manufactured by HTC, Samsung, LG, Sony and more. Although the iPhone and Android phones each have plenty of great features to offer, it is a good idea to explore both so that you can make the right choice as to which is right for you.

The iPhone is Apple’s shining glory and has been the most popular smartphone in the world ever since the release of the original version in June 2007. It overtook the mighty BlackBerry as consumers scrambled to get their hands on the exciting new Apple smartphone, the first to sport a full touchscreen. The current generation is the iPhone 5, and it is better than all of those before it. The iPhone runs on iOS, a smooth and fluid operating system that Apple has made to coincide with its Mac OS X. All iPhones since the 3GS are upgradable to the latest version, iOS 6.1.3, and software updates come directly from Apple, not the wireless carrier. The iPhone is easy to use, even for individuals who are not at all tech savvy, and it has a sleek and pleasant design and is lightweight, unlike certain smartphones out there. There are more than 700,000 apps from which to choose from the iTunes App Store that fall under a number of different categories.

As the iPhone is designed with a closed system, there is generally no customization that you can do on the phone. The extent of it includes choosing your own wallpaper and grouping your apps into a series of folders by category, such as Productivity, Utilities, Music, Games and so forth. The iPhone is available in color choices of black or white and internal storage amounts of 16GB, 32GB and 64GB. However, there is no microSD slot for memory expansion. The iPhone is also one of the most expensive smartphones on the market, especially if you are eyeing the latest version or one that is factory unlocked.

With Android, you have a choice of a number of different types and brands of smartphones and versions of its operating system. Depending on your financial situation, you can purchase a flagship device such as the HTC One or Samsung Galaxy S4 or you can save cash by picking an older smartphone that is available for a bargain price. Android is extremely customizable due to being an open platform, which means you can tweak it to your liking with a variety of skins, apps and widgets, which are shortcuts that enable you to get to the app of your choice more quickly.

Because Android is an open system, you are also able to download third party apps that are not found on Google Play, its official app market. This is in vast contrast to the iPhone, which has to be jailbroken in order to install third party apps not available on the App Store.

A large aspect of Android smartphones is fragmentation, which is the situation of many different versions of the operating system existing across a number of different devices. For instance, the most current OS version is 4.2.2 Jelly Bean, but many phones may have 4.0 Ice Cream Sandwich or even versions as old as 2.3 Gingerbread, which are not upgradable to Jelly Bean. This is something that frustrates users greatly as they want the latest operating system. Generally, software updates are dependent on the wireless carrier as opposed to Google.

At the end of the day, it is a good idea for the consumer to get a hands-on experience to determine which platform is right for them. Some may prefer the ease of use and regular updates of the iPhone, while others may prefer the customization features of Android.

Internet Connections – What Is Fibre Optic?

Top 10 Smartphones in the Market