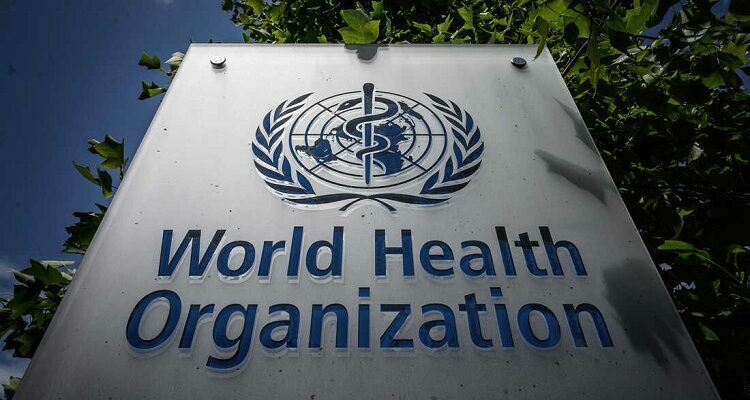 On May 29, US President Donald Trump announced his US pulling out of the WHO decision. This action will effectively end the US’ relationship with the WHO. It will also cause a significant dent in the organizations’ efforts to manage the ongoing coronavirus epidemic. This is becoming a trend for President Trump, as he previously pulled out of the Paris agreement. The President’s actions in terms of the WHO came eleven days after he announced that the US would give the organization 30 days to review. During this initial warning, he also announced that the US would halt its funding of the organization.

As the world was still taking in the significance of these actions, the Trump administration made good on his announcement. On July 7, the administration formally filed a notice of withdrawal. However, the US pulling out of the WHO can not take place until July 6, 2021. Still, the bad blood between the organization and its leading donor has dire consequences, especially now.

What Does the WHO Do?

In 1948, the UN member countries founded the WHO a few years after establishing the UN. It is a UN agency that coordinates international health policy and combats diseases globally, especially infectious ones. Before the WHO, international countries had different approaches to disease outbreaks, which would often wreak global commerce and relations.

Even where public health organizations existed, the priorities were different, and communication among them often broke. The formation of the United Nations ushered in a new era of international cooperation. The countries decided to join efforts under one global health agency as they feared an outbreak of disease after the war.

The WHO has one hundred ninety-four members from countries across the globe. These countries control the WHO’s leadership and direction through the World Health Assembly.

This assembly is the WHO’s decision and policy-making organ and consists of delegates. Member states appoint these delegates to represent them at the assembly. The assembly then chooses the WHO Director-General, defines the agenda, and sets the organization’s priorities. It also reviews and approves the budget, among other functions.

In its 70 years of existence, the WHO has had significant success, with its best achievement in eradicating smallpox in 1958. Before WHOs global campaign against the disease, smallpox killed 2 million people every year. The organization has also been instrumental in the 99% elimination of polio and reducing the spread of tuberculosis and measles.

It has been at the forefront of battling diseases like the Ebola outbreak and the Dengue fever outbreak in recent years. WHO ensures the availability of vaccines and medication even to the poorest nations. It provides technical support through training and equipment. It also provides financial assistance and community resources.

The organization is not without its shortcomings, though. It has received criticisms for its exceedingly bureaucratic nature and reliance on a few major donors. Critics also blamed WHO for its slow response to certain crises like the HIV/AIDS pandemic of the 1980s and the 2013 Ebola outbreak in West Africa.

How Is It Funded?

The WHO has over 150 field offices globally and a staff of over 7,000 who perform its global operations. The staff includes economic experts, scientists, public health specialists, and statisticians to doctors and epidemiologists, and more.

All these people need a salary and the costs of the operations and donations covered. To achieve this, the WHO needs significant funding. It operates on a 2-year budget cycle, and for 2018-2019, its ledger amounted to $4.4 billion. This is less than what a typical major hospital in the US runs on.

WHO calculates members’ dues based on the country’s wealth and population. The WHO calls them assessed contributions. Of all the countries, the US is the largest donor. In the 2018-2019 cycle, it gave $893 million to the WHO. A big chunk of this was through the voluntary contributions of $656 million and $237 through the membership dues.

The Reasons for Trump’s Withdrawal

Trump’s reasons come from WHO mistakes early on where it failed to push China into allowing international inspectors into the country. It also wrongfully asserted that the Chinese authorities had not found clear evidence of COVID-19 human-to-human transmission. Yet, the WHO was able to overcome these mistakes. As early as January 31, it declared COVID-19 a Public Health Emergency of International Concern (PHEIC).

In contrast, Trump and his administration ignored months of warnings by the US intelligence and WHO regarding the virus’s imminent threat. He continued to downplay the pandemic’s seriousness, and this ill-preparedness resulted in a significant loss of American lives. It is why many observers see his decision, not as an act of concern or smart foreign policy but as scapegoating. They believe Trump uses the US pulling out of the WHO as a distraction from his failed response to COVID-19.

Why Is US Withdrawal Complicated?

The US pulling out of the WHO is not as straightforward as Trump makes it out to be. First, under international law, the WHO constitution does not provide a member state leaving the organization. In 1949, when the USSR and other nine members left the organization, their membership changed to inactive until they returned. The US Supreme Court has ruled in the past that presidents lack unilateral authority to withdraw from multilateral treaties.

As a result, the only course of action left for Trump is to use the congressional resolution route, which got the US into WHO in the first place. Using this option, the President has to issue a one-year notice and meet its present financial obligations to leave the WHO. Only another joint congressional resolution can trigger pulling out from a multilateral treaty.

The Trump administration has already given its 12-month notice. However, even this presents a challenge given the November presidential elections to Trump. Should Joe Biden win, the whole withdrawal process will moot since he has pledged his support for WHO.

What Are the Ramifications If It Does?

However, should Trump win and go ahead with his plan, the decision will have far-reaching ramifications. The main one is the shortfall of WHO’s budget. This lack of sufficient funding then affects its handling of the current pandemic and other diseases.

The US contributes about 15% of WHO’s budget, and Trump had already frozen $400 million. The lack of funding jeopardizes the organization’s ability to respond to global health emergencies like the current one. WHO’s coordination efforts in tracing outbreaks and providing vaccines and support are in turmoil.

The organization will struggle to equip its staff with vital supplies. Some of its research plans, like the Solidarity Trial to get COVID-19 treatments, may stop. Other endeavors like promoting child health and combating tuberculosis will also suffer from the shortfall in funding.

Ultimately, the US’s withdrawal will undo much of the work the international community set out to achieve in the first place. This action will damage the ability and capacity to have a uniform global approach towards health practices and standards.

Why Pulling Out of WHO Is A Big Mistake For USA

The US pulling out of the WHO will cause significant losses for the country too. First, it is effectively ceding its leadership role in global health. This decision plays straight into China’s hands. The US will no longer influence global health standards and practices, which exposes the country to further risks.

Through its significant contribution, the US was able to direct several priorities for the WHO. It invested significantly in varied causes, including influenza surveillance, polio eradication, and vaccine development. Thus, the programs that will suffer most are the ones the US cared most about and invested in a lot.

The United States would also lose access to a vital link in its sources for data and other research. Losing such information culminates in isolation and increases vulnerability to future pandemics.

Finally, the country suffers a big blow in its credibility rating at the international level, and other nations may no longer look to it for direction.

At best, the decision by Trump to pull the US from the WHO is short-sighted. At worst, it is as damaging as the current pandemic. Unless the rest of the international community can find ways to address the budget shortfall, a significant hurdle lies ahead. It may come down to the US citizens to hold their President accountable. For the moment, the WHO needs all the help it can get as it leads the fight against COVID-19.

How NHS Handled Covid-19: An Overview on National Health Service